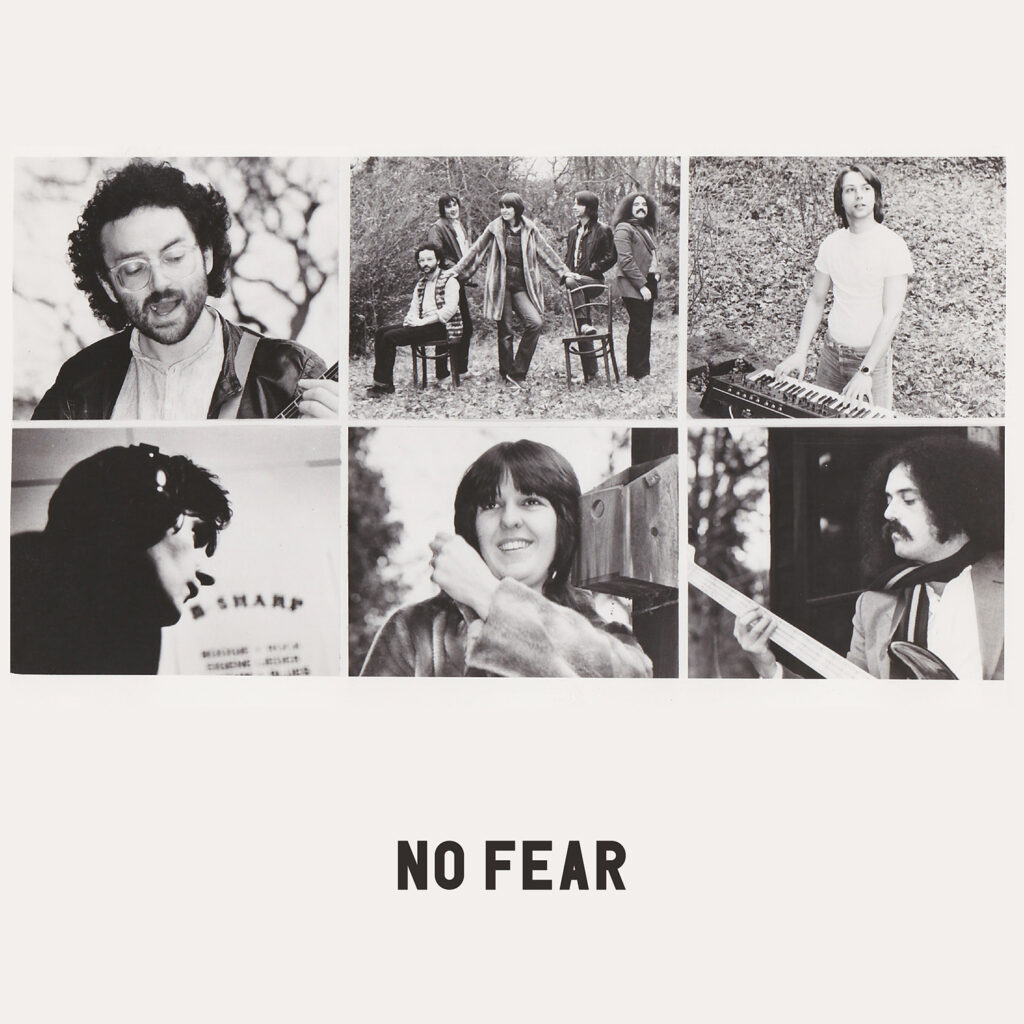 Chuwanaga proudly presents the unreleased songs of No Fear found in their Mystery Tape. Between folk and prog songs, these unreleased demos were taken from World Series’ Britfunk band members’ previous collaboration.

Can you tell us the birth and rise of No Fear and its members?

Mickey Van Gelder: I was at University with Phil who played the guitar and after Uni we decided to form a band. He knew Liz, who could sing. Liz knew a bass player, Alan and we advertised for a drummer. That’s how I met Richard who was later with me in World Series. Phil left the band and we advertised for a keyboard player. Andy answered the advert and he also later became the synth and piano player with World Series.

-Where did you rehearse and have gigs back in the days?

LL: We rehearsed at Mickey’s in Epping Forest and in the staff room at Walter De Merton School in North Watford. Gigs went, if I recall from some gigs within the Jewish community, which were brilliantly well paid and received, to tiny scout huts to thirty odd indifferent people to supporting Hot Gossip in The New Theatre in Oxford one very icy night in winter, probably around 1980 or 81 to an audience of around 1800 people. Terrifying.
MVG: I was living in a wooden house in the forest at the time. It was freezing in winter. But we could rehearse and make as much noise as we wanted.

What were your influences?

LL: Influences were very varied, from blues to jazz and funk.
MVG: I’ve always liked the Blues but at that time I was listening to Folk stuff such as Richard & Linda Thompson and Kate & Anna McGarrigle. I also really liked Frank Zappa and Little Feat.

Where did you record these tapes?

LL: The tapes were recorded at Alaska Studios in London beneath a train station, as I recall. All recording had to cease when a train went overhead due to the rumblings and the vibration.

Did you intend to approach a record label?

What are the songs about?

LL: I have no idea what the songs are about. written by Alan Hadwin, on bass, and he was a social worker. Maybe that explains a few things.
MVG: Alan wrote “Boondoggle Babies” and “You Bet Your Life”. Not a clue what they’re about! But I wrote “Everybody Knew” which was about a man who had no idea that his partner was going to leave but everyone else was “au courant”.